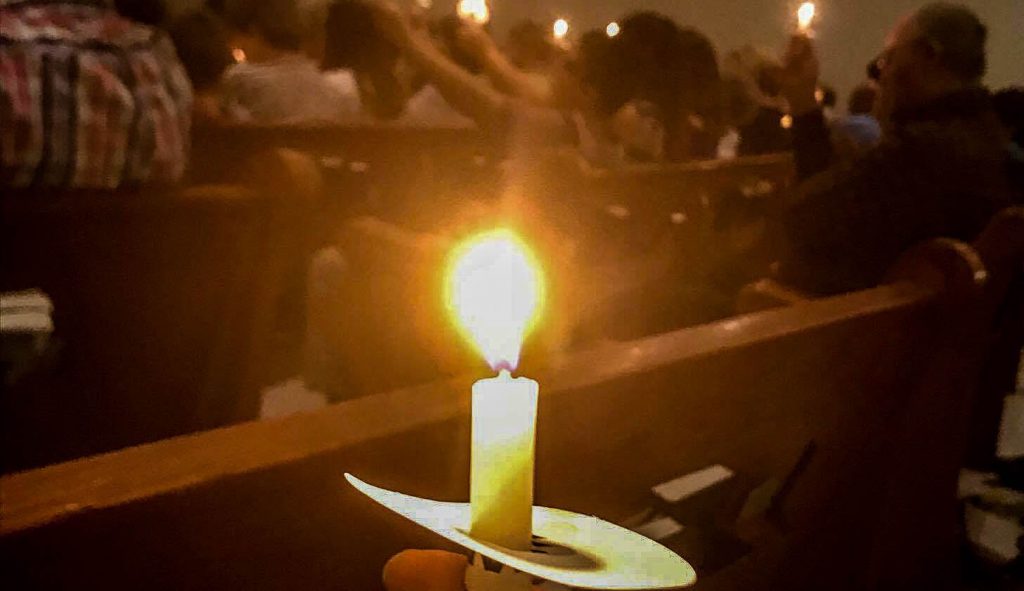 In a community grieving 26 victims, a Church of Christ opens its doors for service.

The Stockdale Church of Christ in rural South Texas was enjoying a monthly fellowship meal when the horrible news came Sunday afternoon.

Just a few miles away, a mass shooting at the First Baptist Church in the neighboring town of Sutherland Springs had claimed 26 lives and left 20 others wounded.

“We were all eating when everybody’s Facebook and Twitter feeds started to blow up,” said Kenneth Clapp, minister for the Stockdale church.

A member who serves as the justice of the peace for Wilson County — where both Stockdale and Sutherland Springs are located — got a call to respond to the scene, as did several first responders in the congregation.

On Sunday night, the Stockdale Church of Christ hosted a prayer vigil to give its community a chance to pray and grieve together. About 150 people filled the pews.

Pastor Ray Perales from Christ United Methodist Church in Stockdale and pastor Noah Tillman-Young from Stockdale Assembly of God joined Clapp and other local residents in leading prayers at the hour-long vigil.

“A lot of it was praying for peace, comfort, to not let people lose hope or faith,” Clapp said. The shooting affected “people whose names and faces we know. It makes it very real.

“Part of it is, how can we be safe?” added the minister, whose church averages Sunday attendance of 175 to 180. “The answer is, we never truly will be, so we do the best we can. … It’s really shaken people here because there wasn’t anything anybody could do.”

First published online, this story appears in the December 2017 print edition of The Christian Chronicle.

Bennett and bird watching on a sunny 🌞 (almost) spring day. #Nana #Papa #family
It’s a happy day for the Rosses.
RIP old minivan.
One down!
I’m excited that Jeremie Beller, John Edmerson, Trindi G. Mitchell and Tamie Ross (that name is familiar) have joined The Christian Chronicle’s Editorial Board, which collaborates on editorial topics and positions.
Her: I’m not taking a picture of you wearing shorts 🩳 in the snow. ❄️ ⛄️ 🥶
A boy and his Nana. #PhotoByPapa
My favorite grandson. #Papa #Bennett #PhotoByNana
This picture was taken Dec. 5. Who knew Papa and Nana could keep a secret for two months? Our next grandbaby, due at the end of May, is a girl. ❤️❤️❤️
Happy half birthday 🎂 to my favorite grandson! #Bennett #Papa #PhotoByNana