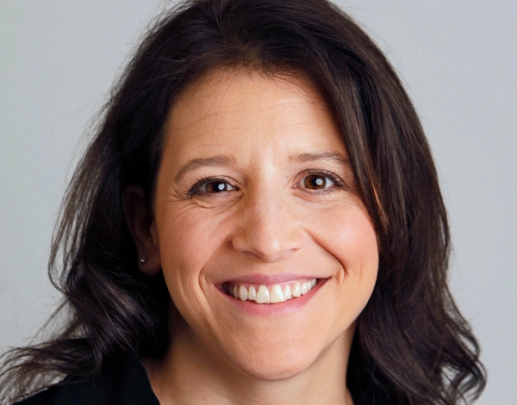 GETRELIGION.ORG — JoAnne Viviano covers faith and values for the Columbus Dispatch, a central Ohio newspaper with a daily circulation of 120,000 and an average Sunday circulation of about 230,000.

Her Godbeat writing earned her the 2014 Cornell Religion Reporter of the Year Award from the Religion Newswriters Association. That award honors excellence in religion reporting at mid-sized newspapers.

“I grew up in suburban Detroit, where my mom fostered in me an early love for books by taking me to the library regularly and teaching me to read as a kindergartener,” Viviano said.

She received a bachelor of arts degree in English and communication from the University of Michigan (“not very popular here in Columbus!”) before starting working as a reporter. She recalls “an amazing mentor there named Jon Hall, who helped me find the confidence I needed to turn my writing abilities into a career as a reporter.”

Her first writing job came with her Michigan hometown weekly, The Romeo Observer, followed by stints with The Macomb Daily in Mount Clemens, Mich., the New Haven Register in Connecticut and The Vindicator in Youngstown, Ohio.

Along the way, she covered beats ranging from general assignments to municipal governments to state courts to education to crime. Shortly before a strike hit The Vindicator, she left and earned a master’s degree in journalism from Columbia University. That led her to The Associated Press, where she worked for several years, starting in the Detroit bureau before moving to Columbus, eventually serving as a breaking-news staffer.

“I came to The Columbus Dispatch in 2013 because I missed beat reporting and being part of a metro newsroom,” Viviano said. “It was a scary choice, with the way the industry has been, but I’m glad I made it. The Dispatch has remained strong and is a supportive, positive place to work.”

This analysis of media coverage appears online at GetReligion.org.