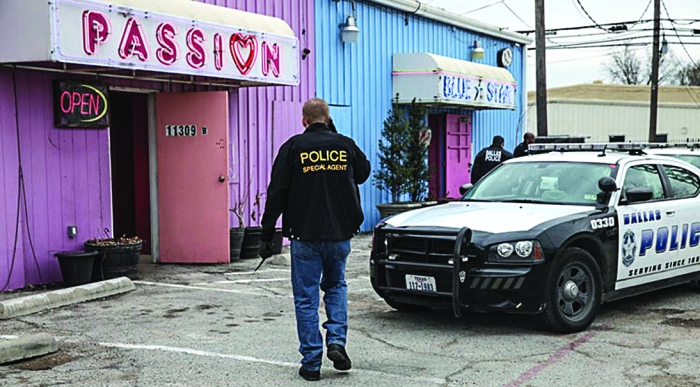 Part of a special package tied to the abductions of 270 girls in Nigeria.

Christians battle human trafficking in the U.S. (reporting from Dallas): Across the nation, individuals and ministries associated with Churches of Christ bring hope and freedom to victims.

DALLAS — Think of Katie Pedigo as a modern-day abolitionist.

A Church of Christ preacher’s daughter who grew up to become an attorney, Pedigo wages a daily battle against sex slavery — in the heart of the Bible Belt.

It’s a fight that surprises some Christians.

“A lot of people think that if it’s sex trafficking, then it’s happening overseas, it’s happening in India or Thailand or somewhere else,” said Pedigo, executive director of New Friends New Life, a faith-based nonprofit that works to restore and empower victims. “So it’s important for us to realize that it’s happening right here, in every city in our country.”

Once known as Amy’s Friends, New Friends New Life grew out of a grassroots ministry that started 16 years ago when a woman in the sex industry became involved in a women’s Bible study at the Preston Road Church of Christ.

“The average age that a girl enters the sex trade in America is between 13 and 14 years old,” said Pedigo, who has a 14-year-old daughter and a 12-year-old son. “It’s not OK for your daughter, not OK for mine, to have to endure that trauma and the abuse that comes with that.”

Across the nation, individual members and ministries associated with Churches of Christ increasingly are taking up the fight to bring hope and freedom to trafficking victims, The Christian Chronicle found.

This story appears in the July 2014 print edition of The Christian Chronicle.