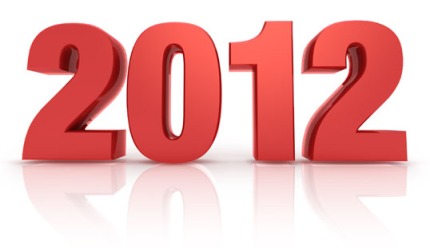 KISSIMMEE, Fla. — At a hotel a mile west of Walt Disney World’s main gate on U.S. Highway 192, aspiring princesses and little boys with Mickey Mouse ears fill up on scrambled eggs and cereal on a Sunday morning.

In a banquet room next to the breakfast buffet, children and parents in shorts and tennis shoes gather to worship God before spending the day at Epcot, Magic Kingdom, SeaWorld or Universal Studios.

A sign in the lobby of the Baymont Inn & Suites lets guests know that the weekly service of the Maingate Church of Christ starts at 9 a.m.

“It’s nondenominational,” one of the handful of permanent members tells a tourist from Scotland who inquires about the assembly. “Come on in.”

A 7-year-old ministry of the Concord Street Church of Christ in nearby Orlando, the Maingate church offers vacationing Christians a convenient place to sing and pray.

“We love it,” said repeat visitor Norma Pitts, a member of the Fairhope Church of Christ in Alabama, who was staying at Disney’s BoardWalk Villas with her husband Martin and children Colin and Cori. “The message is usually real inspiring. The singing is good.”

9. One church’s vote for Jesus.

LAUREL, Md. — People of all political persuasions are welcome at the Laurel Church of Christ.

“Believe it or not, it almost destroyed this church at one time because we’re so close to Washington,” said adult Bible class teacher Stew Highberg, who retired from the Air Force and works for the Department of Veterans Affairs.

“The politics of the president and the House and the Senate would creep in,” explained Highberg, a former Laurel church elder. “So we had to put a moratorium on it. You’ll get booted out of here if you start talking politics.

He was joking about that last part. Mostly.

More than 300 people worship with this fast-growing Maryland church: Roughly three-quarters work for the federal government, the military or a government contractor or have a family member who does.

“We figure we can try to convince people they’re wrong politically, or we can try to persuade them to follow Jesus,” preaching minister Michael Ray said. “We pick Jesus.”

SAN ANTONIO — Ten years ago, a crisis gripped the International Churches of Christ — once known as the Boston Movement.

Steve Kinnard, teacher and evangelist for the 3,000-member New York City Church of Christ, recalls that period as a “time of discipline” by God.

“We got haughty. We got a bit Pharisaical in our attitude and our approach,” said Kinnard, a Freed-Hardeman University Bible graduate who joined the movement in 1981. “God said, ‘You guys need to stop for a minute and rethink some things.’ Now, I think we’re in a much better place than we’ve ever been.”

In what ICOC leaders characterized as a milestone moment, 17,800 believers filled the San Antonio Spurs’ basketball arena for the recent World Discipleship Summit.

Men, women and children from 96 nations came together as the ICOC — a global discipling movement with roots in mainline Churches of Christ — openly acknowledged past sins while voicing a renewed commitment to reaching lost souls.

GATLINBURG, Tenn. — Envision a crowd at a rock concert — a mob of frenzied fans lined up hours early waiting for the doors to open.

Picture the scene at a national political convention — a throng of party faithful with crazy hats and colorful signs.

Imagine the audience at a “Let’s Make A Deal” game show taping — a sea of zany outfits and costumes.

Mix all that together. Throw in a huge dose of agape love. And you begin — begin — to comprehend the scene as 12,147 teens and sponsors from Churches of Christ in 27 states converge on this mountain resort town.

“Winterfest is a like a shower after a really long, hard day,” said Cana Moore, 18, a member of the Patchogue Church of Christ in New York, whose youth group made an 800-mile, all-night drive to attend. “You feel refreshed and cleansed, and it gives you a renewed energy.”

6. Pass the syrup, but religion gets sticky in Vermont.

SPRINGFIELD, Vt. — Folks in the Green Mountain State like their economy syrupy sweet.

The state’s 626,000 residents are less sweet on religion: Vermont ranks as the nation’s most secular state, according to a 2012 Gallup poll.

Just 23 percent of Vermonters characterize themselves as “very religious,” while 58 percent say they are “nonreligious.”

“As soon as you say church, people here don’t want anything to do with it,” said Gabriel Nelson, a deacon for the Springfield Church of Christ in the state’s southeast corner. “They just have this impression that Christians are these Bible-thumping crazy people.”

In one of the bluest of the blue states, believers with a theologically conservative understanding of the Bible’s teachings face a challenge converting friends and neighbors.

5. From Rhode Island to Liberia, with love.

PROVIDENCE, R.I. — In the bustling core of Rhode Island’s capital, Liberian immigrants crowd into a simple white building with “Providence Church of Christ” painted in fading red letters above the front door.

On a blue-sky Sunday, men clad in button-down shirts and women sporting colorful African headscarves greet each other in a concrete parking lot surrounded by a chain-link fence.

Tall trees adorned in bright green anchor a sprawling urban cemetery just beyond the fence, casting shadows over the church building as vehicles zip by an auto-parts store and appliance business across the street.

Giggling children — most born in the United States after their families fled two decades of civil war — scamper to the basement for Bible class.

More than 4,000 miles of the Atlantic Ocean separate the refugees from their west African homeland, where women were raped and children turned into “killing machines” in fighting and ethnic cleansing that claimed 250,000 lives.

Despite the fresh starts they have made in America, the hearts of these devoted Christians remain in Liberia — amid the orphans who wander the streets begging for scraps and the villagers still grappling with physical and psychological trauma.

As the network portrays it, the series — whose Season 1 finale drew 2.6 million viewers — follows a Louisiana bayou family living the American dream as they operate a thriving duck call and decoy business while staying true to their family values.

For the Robertsons, those values relate to the grace and salvation found in Jesus.

But for the show’s producers, the family’s strong Christian faith seems to be an uncomfortable storyline — one frequently chopped in the editing room.

“They pretty much cut out most of the spiritual things,” Phil Robertson, a one-time honky-tonk operator who gave up his heathen lifestyle in the 1970s, told The Christian Chronicle. “We say them, but they just don’t run them on the show.

“Hollywood has run upon the kingdom of God, and there’s a rub there,” said the Duck Commander, a tenacious personal evangelist who has brought hundreds of souls to new life in the Ouachita River. “Well, we have to be as harmless as a dove and as shrewd as a snake in the way we deal with them.”

3. A rocky road for Mexico missions.

AQUILES, Mexico — A year ago, Bethany Gibbs raised more than $2,000 to buy Spanish-language Bibles for 350 families in this remote mountain village and nearby communities.

But safety concerns south of the U.S. border prompted her home congregation — the Edmond Church of Christ in Oklahoma — to cancel its planned trip.

“It was heartbreaking,” said Deborah Gibbs, Bethany’s mother. “She didn’t know if she’d ever get to come back.”

Turf wars between drug cartels have claimed more than 50,000 lives in Mexico since 2006, even as President Felipe Calderon has deployed tens of thousands of soldiers and federal police to combat criminal organizations.

The violence, which includes kidnappings, carjackings and innocent bystanders caught in the crossfire, has caused many Churches of Christ in the U.S. to rethink Mexico missions.

The 1967 lawsuit challenged the transfer of more than $400,000 in assets from the closed Nashville Christian Institute — a school that trained hundreds of future black church leaders — to David Lipscomb College, a higher education institution with a history of racism.

On a recent Friday night, that same Christian college — now known as Lipscomb University — presented Gray with an honorary doctorate of humane letters, the highest award the university bestows on an individual.

“It is not every day that you file a lawsuit against an institution and that institution later sees fit to honor you,” Gray, 81, told a crowd of 500 that witnessed the ceremony in Lipscomb’s Allen Arena.

Who, Gray asked, would have thought such an honor would be possible for an Alabama boy who grew up in a shotgun house with no running water?

CHICAGO — On a dark street, a mother weeps.

At 4:45 a.m., she stands outside a two-story brick building surrounded by razor wire, her sobs drowning out the drum of machinery at a nearby factory.

The Spanish-speaking woman just said goodbye — through a glass panel at a federal deportation center west of Chicago — to her son Miguel, an illegal immigrant from Mexico.

A minister wearing a beige overcoat and a black knit cap rushes to comfort the mother and pray with her distraught family.

“This is why I come,” says the minister, Bobby Lawson, who pulled a white church van out of the Park Forest Church of Christ parking lot in Matteson, Ill., at 2:53 a.m. that Friday. “These families are getting ripped apart.”

Across the nation, debate rages over U.S. immigration policy — with Americans split on whether to crack down on illegal immigrants or create an amnesty process for undocumented aliens.

In the 2011 fiscal year, U.S. Immigration and Customs Enforcement deported a record 396,906 immigrants — 55 percent of whom had been convicted of a felony or misdemeanor, according to the Obama administration.