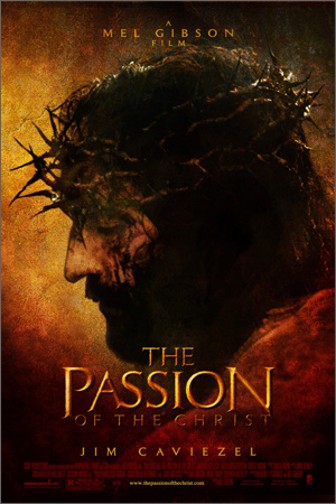 The people streaming out of the movie theater looked as if they’d just attended a wake – and many said they felt as if they had.

Red eyes and muffled crying were common as Christians and the merely curious flocked to theaters nationwide for the Ash Wednesday opening of Mel Gibson’s “The Passion of the Christ.”

“It’s a little bit more brutal than you would think,” said a sobbing Kim Galbreath, 29, as she left a theater in this Dallas suburb. “I mean, there were times when you felt like it was too much. But I dare anybody not to believe after watching it.”

In Los Angeles, Joseph Camerieri said Gibson’s much hyped epic about the torture and Crucifixion of Jesus left him shocked and physically weak.

“I think if you’re a Christian, it will increase your faith tenfold in what Christ has done for you,” the 39-year-old paralegal student said after a midnight showing. “If you’re not a Christian, you’ll probably treat others with more love.”

“The Passion” opened in more than 3,000 theaters – an unusually large release for a religious film with English subtitles to translate the Latin and Aramaic its characters speak.

Directed, produced and co-written by Gibson, the film has received mixed reviews from critics. Some have praised Gibson’s commitment to his subject: The Oscar-winning “Braveheart” director says the movie is both an attempt to render the Gospels faithfully and a personal vision. Others see it as excessively bloody, obsessed with cruelty and unfair in its portrayal of Jews.

About 50 people in the central Pennsylvania community of Bellefonte attended a showing after midnight. Viewers groaned as Jesus was nailed to the cross, and soft cries could be heard during more than an hour of Jesus’ torture, Crucifixion and death. In the end, as Jesus rises from the grave, some in the audience quietly celebrated.

“To me, that was the important part,” said Aaron Tucker, an English major at Penn State. “I’m like, ‘Oh, victory!’ There’s more to this movie than just the violence. It’s about triumph.”

In New Jersey, 90-year-old Edna Oatman of Pleasantville dressed in her Sunday best for her first visit to a movie theater since “E.T. The Extra-Terrestrial” in 1982.

“If you read the Bible story, you know that Jesus died for the whole world, not just Christians,” said Oatman, who saw the film Wednesday morning. “Maybe this will get people going to church.”

“If you intellectualize this movie, the message is one of love. But emotionally, if anyone is on the border of hating Jews, this will push you over,” said Rabbi Bernhard H. Rosenberg, chief rabbi of Congregation Beth El in Edison, N.J. He also teaches Holocaust studies at Rutgers University.

“With all the publicity, Mel Gibson is laughing all the way to the bank,” Rosenberg said after seeing the film. “Theaters are going to be packed, and his pockets will be lined.”

Newmarket opened the film on Ash Wednesday, the first day of Lent, the Catholic Church’s period of penitence, sacrifice and reflection before Easter.

Churches from coast to coast reserved entire theaters for opening day, while the National Association of Evangelicals, which represents more than 50 denominations with 43,000 congregations, helped sell tickets on its Web site.

In Plano, churchgoer Arch Bonnema bought out the entire Cinemark Tinseltown 20 theater for Wednesday morning, spending $42,000 of his own money on 6,000 tickets.

“When you see the sacrifice that Jesus made, it makes you feel like, I have to do something better with my life,” said the 50-year-old Bonnema, a lifelong Christian inspired to act after seeing the movie.

“It was powerful, stunning,” said Sharla Bickley, 42, a Presbyterian from Dallas. “I tried to keep the mindset the whole time to know that it was me that he was dying for.”

Asked whether she thought the film negatively portrayed Jews, Bickley replied, “Not at all. We all killed Jesus.”

Abraham Foxman, national director of the Anti-Defamation League who saw “The Passion” before opening day, said Wednesday he was still worried about reactions to the film when it comes out in places like Argentina and Europe, where there’s been less debate about its content.

Meanwhile, Roman Catholic Cardinal Edward Egan of New York spoke against anti-Semitism in a column distributed to the archdiocese’s 413 parishes: “He gave His life for us. No one took it from Him. This is, and has always been, Catholic doctrine.”

As she left a screening in suburban New York, Fran Orrikento said: “People take away whatever they believe. If they had prejudices already, they were that way before the movie.”

Back in Dallas, a cadre of ministers was at the theater to reach out to moviegoers.

“Not to preach a sermon,” said the Rev. Jack Graham, president of the Southern Baptist Convention and pastor of Prestonwood Baptist where Bonnema is a member, “but to sum up the message and meaning of the cross. … We anticipate that there will be a tremendous outpouring of God’s favor on this movie.”