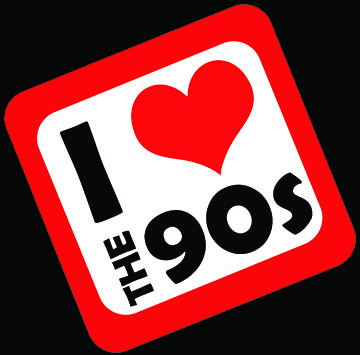 The 1990s: I graduated from Oklahoma Christian University, married the love of my life and welcomed my three gifts from God into the world.

Oh, and I got paid to write newspaper stories.

With full knowledge that I’m probably leaving out a few important ones, my Top 10 stories of the decade: 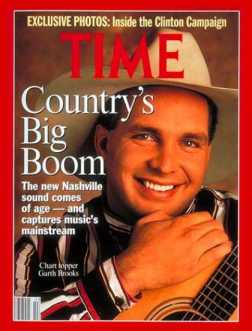 My wife, Tamie, and I covered Garth’s afternoon news conference in Oklahoma City, then were surprised to receive press passes to the concert that night. I wrote a front-page feature for The Edmond Evening Sun.

He was wearing a baseball cap, warmup shirt, sweatpants and tennis shoes — customary off-stage attire for the Oklahoma native.

Still, without his trademark black cowboy hat, bright western shirt and boots, it was difficult to tell if it was really him.

Then, he flashed that happy-to-be-an-Okie smile. Hey, that really is Garth!

Later, Brooks would compete with 14,500 screaming, boot-stomping fans to see who could bring the house down first.

With the hometown sensation running, jumping and dancing around stage as he belted out hit after hit and the crowd matching his decibel level with ear-piercing shrieks and applause, it didn’t take long for the house to fall. 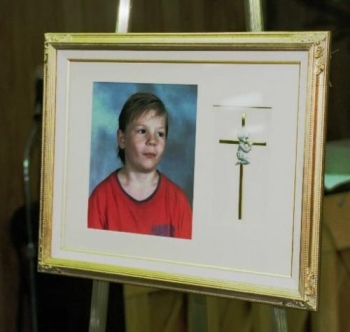 This story involved the child-abuse death of an 8-year-old boy, and his age is undoubtedly why I still remember this case. I was the lead writer on a 3,500-word Sunday feature on the boy’s death.

A haunting feeling that he could have done more —  that he somehow could have rescued 8-year-old Shane Alan Coffman from the hell where he lived and died – grips the Rev. Sunny Stuart.

The Baptist pastor’s voice cracks as he reflects on the Shane he knew:

The blond-haired boy who hopped and skipped off the church van each Sunday morning. The bright child who at age 5 memorized a difficult Scripture and proudly accepted a new Bible. The would-be third-grader so hungry he dug other children’s scraps out of the garbage after eating his own school lunch.

Then there was the Shane who showed up at vacation Bible school with whip marks on his legs.

“I’d like to say to these little children,” Stuart said of Shane’s surviving five brothers and sisters, “I didn’t desert you, I just didn’t know where you were, and I’m sorry.”

He paused to regain his composure, then added, “And I’m sorry I didn’t do something more to find you and protect you and help you.” 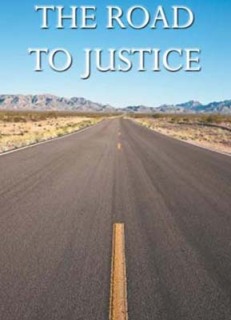 This was a behind-the-scenes account of the journey by detectives who investigated a high-profile, double-murder case unlike any in Oklahoma history.

Just a moment earlier, a game of “UNO” had occupied the Edmond police investigator’s time. The colorful playing cards had helped divert her thoughts from the most extraordinary criminal case of her life – and the pending verdict.

Even as the jury’s deliberations stretched past 11 hours, she saw no reason for alarm. The jury had plenty to digest. The eight women and four men had endured a nearly five-month trial.

Prosecutors called it the longest in Oklahoma County history.

Jurors had listened to 79 witnesses and 74 taped segments from testimony before a grand jury convened earlier. They had seen two videotapes and 452 pieces of evidence.

Pfeiffer had witnessed the entire trial, minute by minute, hour by hour, day by day, from a seat at the prosecutor’s table.

The stress and the pressure, the sacrifice and the personal toll of a high-profile, double-murder case unlike any in state history had failed to catch up with her. 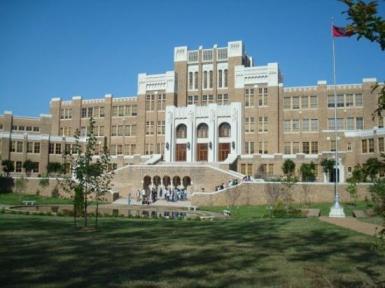 As Oklahoma City prepared to dismantle its crosstown busing program, I traveled to Little Rock, Ark., and Topeka, Kan., for a special project on school desegregation then and now.

Howard’s 1,800-student school serves, in his words, the poorest of the poor and the richest of the rich, the worst of the worst and the best of the best.

But structurally, the mammoth tan brick building – the largest school in America when built in 1927 – desperately needs $6 million in repairs.

A block away, drive-by gunfire killed an 18-year-old last month.

Yet, for many of Little Rock’s elite – including Arkansas Gov. Mike Huckabee’s 10th-grade daughter – this is the school.

“There’s a lot of people who finagle to get their kids in,” said Sam Blair, the guidance department chairman. “We really sort of manage to attract students from the entire central Arkansas area.” 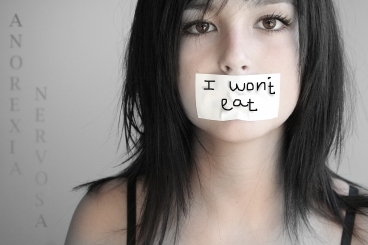 This was a 3,700-word Sunday feature on a family’s experience with a mom “dying to be thin,” as the headline put it.

Snapshots of two women – one Steve Duty married and one he buried – rest side by side on the living-room table.

One set of photos shows a beautiful prom date. A picture-perfect bride. An all-American wife and mom.

The other depicts a frail, 45-pound figure in a wheelchair – a living skeleton near death after a six-year battle with anorexia nervosa.

They were one woman. But in his mind, they never will be.

“This was a woman who apparently had everything – beauty, perfect shape, a great home, a great family,” Duty said of his green-eyed high school sweetheart. “She was a sweet, kind, giving person.

My mom, Tracey Duty, died at age 33 from anorexia nervosa. This is a disease where a person starves and exercises themselves to lose weight. Tracey thought she was fat and wanted to do something about it. She was never fat. In fact, the most she ever weighed was 112 pounds and she was 5 feet, 2 inches tall.

– Excerpt from an essay by Josh Duty, 13 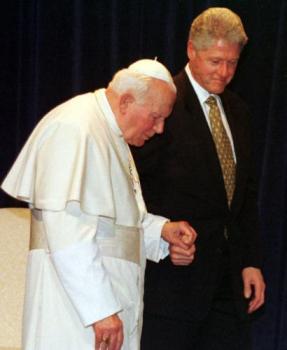 When the editors assigned me to cover the pope’s visit to St. Louis, it marked the beginning of my specialty in religion reporting. I wrote four front-page stories about the trip.

ST. LOUIS — By 4:56 p.m. Tuesday, the arena where the St. Louis Blues play hockey seemed loud enough to drown out a few thousand jet engines. But this was no sporting event.

“What will people think when they hear that I’m a Jesus Freak?” the group sang, as the beat of drums and the strum of electric guitars reverberated throughout the Kiel Center.

Amid a gigantic kaleidoscope of flashing cameras, fluorescent crosses and “JP II, We Love You” banners, it appeared this place couldn’t get any noisier.

Then again, that was just the warm-up act.

The main attraction on this night was a white-haired, 78-year-old man with a hunched-over neck – a solemn-looking fellow dressed in white with a gold cross hanging over his heart.

If it was loud before, the decibel level exploded at 6:36 p.m. That’s when Pope John Paul II rode onto the arena floor. 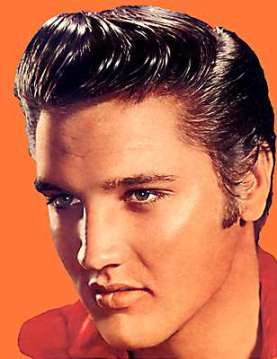 Traveling to Graceland and producing a package of stories on the 20th anniversary of Elvis Presley’s death remains one of the highlights of my career.

As Priscilla Presley recounted on audiotape how Elvis Presley chomped southern cooking, played poker and swapped stories in this room, the Lawton man passed from commercialized present to nostalgic past.

Suddenly, there at the head of the eight-foot table, Hubert could see him.

The king of rock ‘n’ roll left the building 20 years ago. 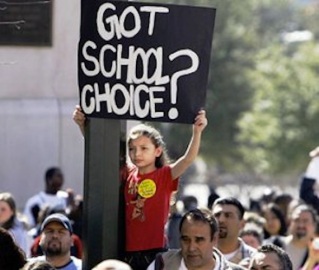 As the education reporter for The Oklahoman, I wrote numerous stories on the school choice movement, from vouchers to magnet schools. One of those stories involved traveling to Colorado to report on that state’s experience with charter schools. In 1999, I won a two-month fellowship from the Education Writers Association to investigate school choice in Oklahoma City. I teamed with database editor Griff Palmer (now with The New York Times) on this project.

Just as private schools have always done, Oklahoma City’s newest public schools have become a haven for the wealthy and well-educated, a study by The Oklahoman has found.

The numbers suggest that the district’s 5-year-old school choice movement – which has coincided with the dismantling of court-ordered desegregation – has produced a two-tiered system: one academically elite, middle-class and disproportionately white; the other struggling, poor and mostly minority.

No longer are paying expensive private school tuition or moving to the suburbs the only options for those who want to escape Oklahoma City’s beleaguered, poverty-ridden schools.

Today, they can choose public schools such as Classen School of Advanced Studies, a school with top-notch orchestra, drama and ballet programs, a college-caliber core curriculum and strict admissions standards.

From Boston to San Jose, Calif., the free-market approach is immensely popular, but some here in Oklahoma City fear that the school district is catering to the powerful and well-to-do while leaving others behind. 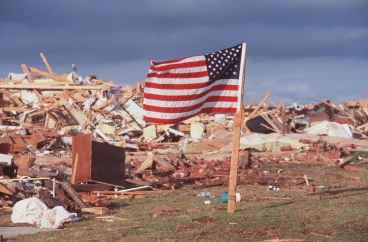 I’ll never forget driving through a raging thunderstorm — with tornado warnings still in effect in the Oklahoma City metro area — to interview tornado victims at a hospital. The death toll that night hit 44.

As the television boomed with reports of deadly tornadoes, Tony Lawson sat in the emergency room – sweat and shock covering his face.

“Luckily, it just went over our house, but it took our daughter’s house,” Lawson, 39, said.

Lawson found his daughter, grandson and a friend amid the remains of their destroyed home. He rushed them to the hospital and wasn’t sure how badly they were injured.

“All I know is they were in the house that’s gone,” he said.

The scene was repeated Monday night at hospitals throughout the Oklahoma City area. At least nine were confirmed dead by hospitals, and more than 350 patients were treated. 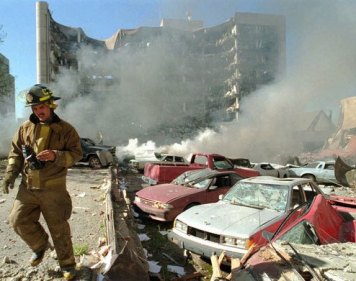 I had just stepped off the eighth-floor newsroom elevator when we heard the boom and saw the smoke in the distance. In all, 168 people died in the bombing — the worst terrorist attack on U.S. soil until 9/11 six years later.

Thirteen-year-old Ricky Hill and his brother Jonathan, 11, waited up late Wednesday hoping to hear from their mother.

Even as they drifted off to sleep, they clung to hope that Army recruiter Lola Renee Bolden, a 40-year-old single parent, had survived a thunderous bomb blast.

But her call never came.

The boys’ distress turned into a real-life nightmare about 1 a.m. Thursday.

That’s when three men and a woman, all clad in their best Army green, arrived at the door with the horrible news.

Neighbor Mechelle Murray, a single parent with children herself, had taken in the next-door neighbor boys when their mother failed to return home.

Even while calming Ricky and Jonathan, Murray had feared the worst.

“I immediately thought, Oh my God, Renee works in that building,’ ” the 38-year-old accounting student said of the bombing of the Alfred P. Murrah Federal Building.