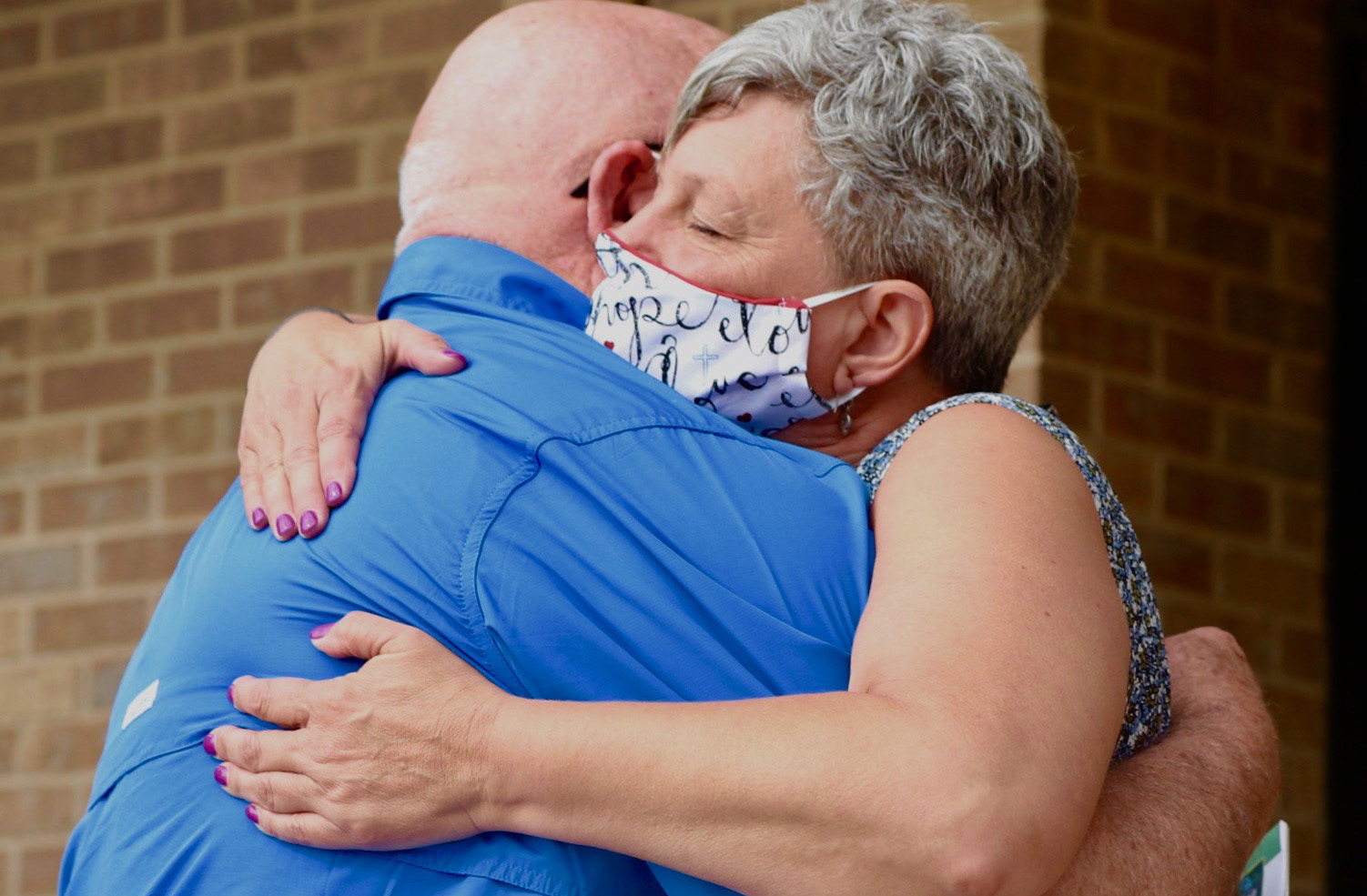 Visible scars were gone — the bullet holes, the bloodstained carpet — as the West Freeway Church of Christ in White Settlement, Texas, made an emotional return to its worship center Sunday.

Eight months after a gunman opened fire during the Lord’s Supper, new blue-cushioned pews, reconfigured walls and a lowered ceiling greeted the close-knit congregation west of Fort Worth.

“When you first walk in, it’s almost overwhelming,” Glenda White said. “It’s not the same place.

“It is very beautiful,” she added. “But in my heart, it hurts because it had to be changed.”

It had to be changed because of the Dec. 29 shooting that claimed the lives of her husband, Richard White, 67, and deacon Anton “Tony” Wallace, 64.

Ron Rutledge kneeled over his wounded friends and tried to help that traumatic Lord’s Day.

He couldn’t bring himself to go into the renovated auditorium for Sunday’s assembly.

RELATED: Church shooting victim remembered: Hero sacrificed his life to save many (reporting from Fort Worth, Texas)

RELATED: ‘He died in the house of the Lord, serving’ (reporting from Fort Worth, Texas)

RELATED: Why Texas minister talked to me — and only me — about deadly church shooting (reporting from White Settlement, Texas)