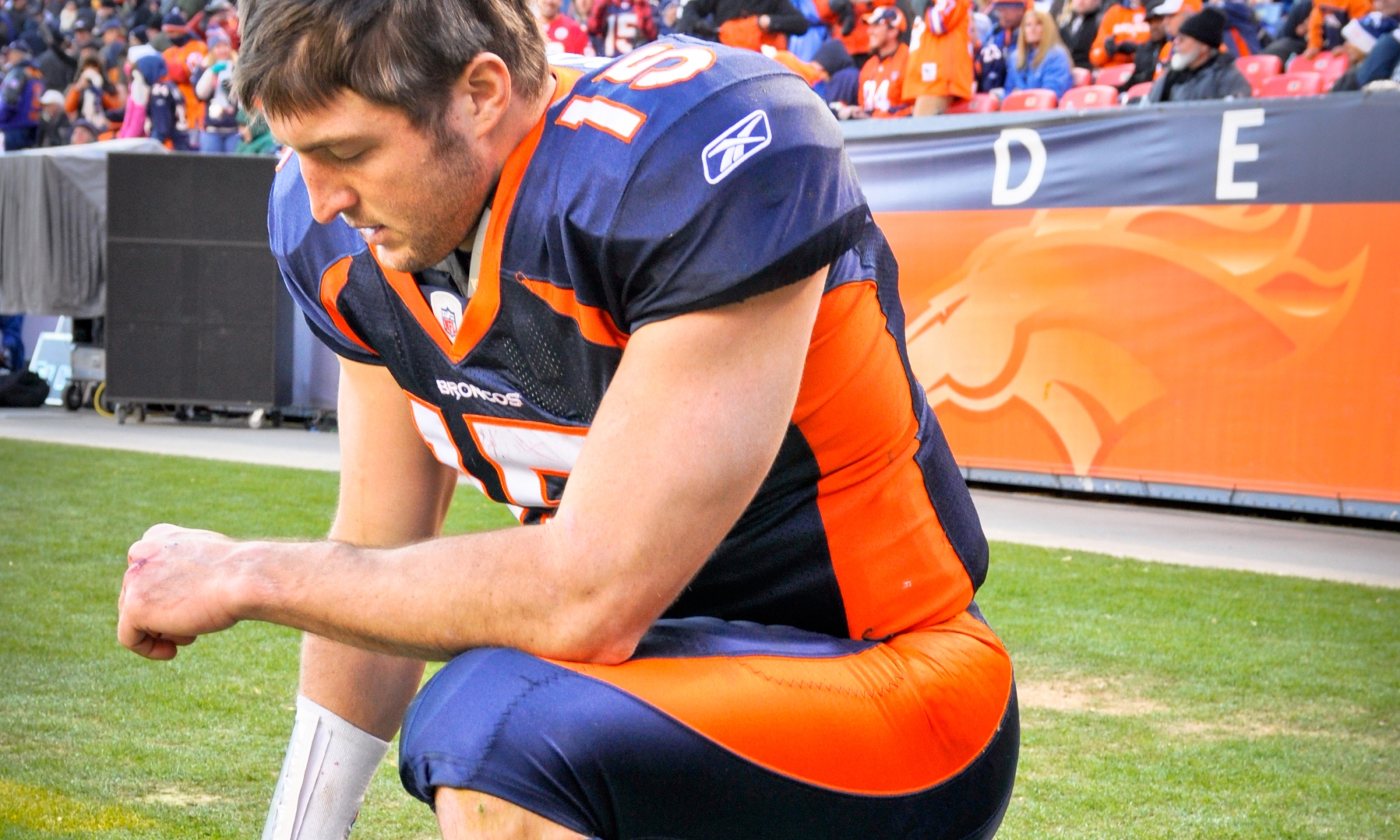 Tim Tebow’s outward expressions of his evangelical Christian faith made him a polarizing figure during his college and professional football career.

There’s no doubt about that.

But did Tebow’s prayers on the field upset the NFL — the league itself?

Ryan Fournier, a leading supporter of President Donald Trump, made that claim this week in a tweet to nearly 1 million followers.

“I’m old enough to remember when Tim Tebow kneeled for God on the field,” said the Twitter post by Fournier, founder and co-chairman of Students for Trump. “And the NFL got upset because that wasn’t the place for ‘divisive’ displays of one’s beliefs.”

However, the accuracy of that statement is highly questionable. More on that in a moment.

First, though, some relevant background: The tweet came amid renewed attention over athletes kneeling in protest — or not — during the national anthem before games.