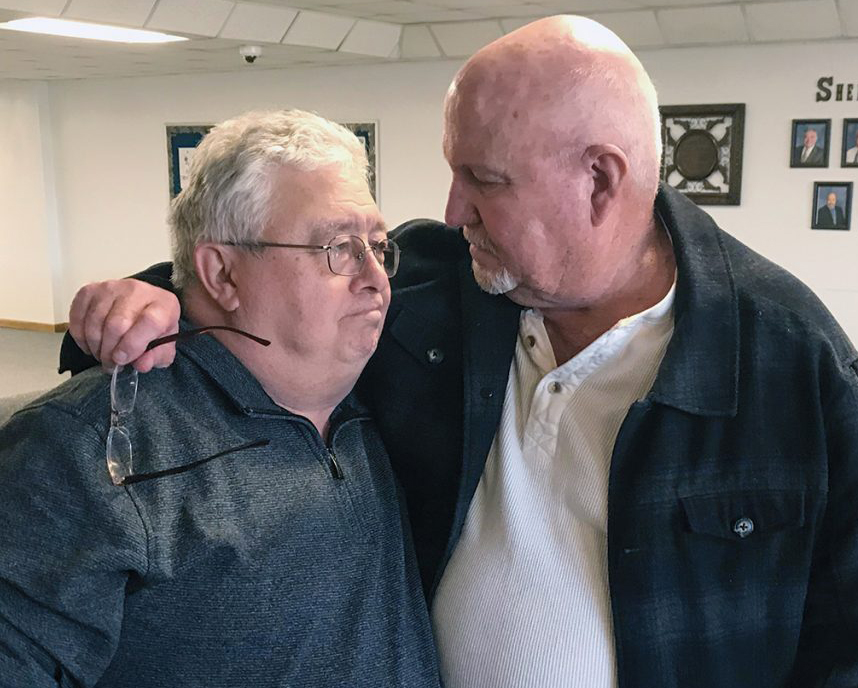 Editor’s note: Today we launch “Weekend Plug-In,” a column by veteran religion writer Bobby Ross Jr. Look every Friday for analysis, insights and top headlines from the world of faith.

WHITE SETTLEMENT, Texas — A few minutes after noon Sunday, my iPhone started pinging with messages from friends — alerting me to a shooting at the West Freeway Church of Christ in this Fort Worth suburb.

“One of my friends’ parents goes there,” my sister, Christy Fichter, texted. “Said her dad was carrying … not sure if that means he shot the shooter or not. A little too close to home for sure.”

As it turned out, her Facebook friend Jaynette Barnes’ father — Jack Wilson — was the heroic church security team leader who stopped the bloodshed.

The former reserve sheriff’s deputy gunned down Keith Thomas Kinnunen, 43, after he fatally wounded two beloved Christians: Richard White, 67, and Anton “Tony” Wallace, 64. The shooting lasted just six seconds but felt like so much longer to those who endured it.

As I searched online for any reliable details, I came across a link to the church’s YouTube livestream of its Sunday morning assembly. I fast-forwarded through the video until I came to the part that will be seared in my brain forever.

I heard the shots. And the screams.

I saw the bodies fall.

And I burst into tears.

RELATED: Church shooting victim remembered: Hero sacrificed his life to save many (reporting from Fort Worth, Texas)

RELATED: ‘He died in the house of the Lord, serving’ (reporting from Fort Worth, Texas)

A good step month. #walkthewalk
We celebrated Keaton’s birthday 🎂 tonight with Hideaway pizza 🍕 and snickerdoodles 🍪.
Bennett and Nana planted strawberries 🍓. Papa did nothing except pose for a photo with the boy and the berries.
Papa and Nana time.
“Papa’s funny!” This boy loves his Nana, too. And his Granddad and Grammy. And probably his mother and father.
On second thought, maybe not the best shirt to wear while walking during a time of social distancing. #PokeMe
I only met Deniece Bell once. Yet over the years, I often wondered what happened to her. At the 25th anniversary of the Oklahoma City bombing, I decided to find out. Read my story in The Oklahoman today. #WeWillNeverForget
Pick my mask: #Rangers or #newsprint. #COVID19
My wife, Tamie, is busy making #covıd19 protective masks for nurses and other healthcare workers. I’m particularly fond of the #Rangers ones.
Social distancing in the Ross backyard. #COVID19