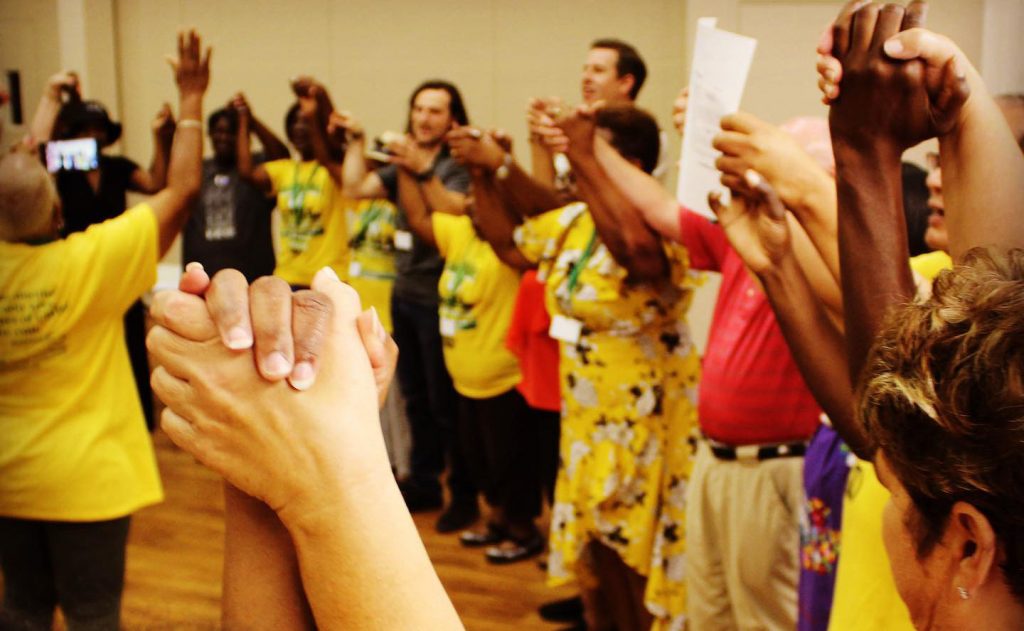 FORT WORTH, Texas — Emphasizing that Jesus loves all the little children — “red and yellow, black and white” — the 40th anniversary Crusade for Christ put a special emphasis on racial unity.

“We didn’t want this to be a black crusade,” Steve Cloer, minister for the Southside Church of Christ in Fort Worth, said in welcoming attendees to one night’s worship assembly. “We wanted this to be a Jesus crusade.”

Every two years since 1979, hundreds of members of Churches of Christ have traveled to a different major city for the national crusade, which features a door-knocking campaign and a weeklong gospel meeting.

“Make no mistake about it,” said Victor Norris Sr., the 2019 event’s local coordinator and minister for the Richmond Avenue Church of Christ in Fort Worth. “The crusade has existed and been supported primarily by the African-American churches.”

But in Fort Worth — where congregations have come together for an areawide racial unity service the past three years — local volunteers wanted to make sure the recent crusade involved all of God’s children.

This story appears in the August print edition of The Christian Chronicle.