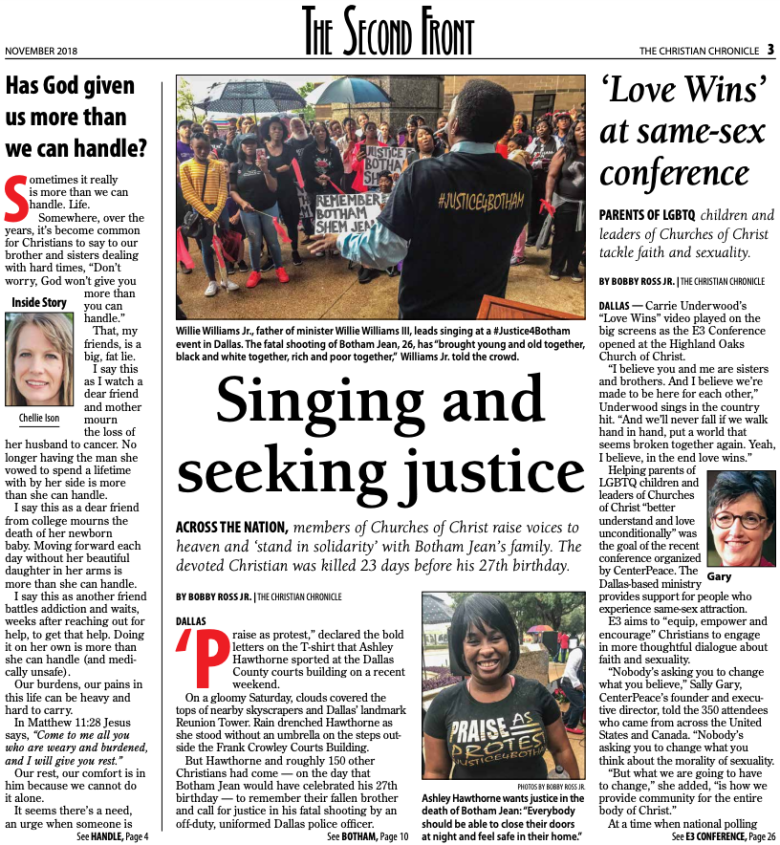 Members of Churches of Christ celebrate the life of Botham Jean, who was shot to death 23 days before his 27th birthday.

DALLAS — “Praise as protest,” declared the bold letters on the T-shirt that Ashley Hawthorne sported at the Dallas County courts building this weekend.

On a gloomy Saturday, clouds covered the tops of nearby skyscrapers and Dallas’ landmark Reunion Tower. Rain drenched Hawthorne as she stood without an umbrella on the steps outside the Frank Crowley Courts Building.

But Hawthorne and roughly 150 other Christians had come — on the day that Botham Jean would have celebrated his 27th birthday — to remember their fallen brother and call for justice in his fatal shooting by an off-duty, uniformed Dallas police officer.

The nasty weather failed to deter these members of Churches of Christ from their appointed mission: singing and praising God.

Lamont Ross, senior minister for the Marsalis Avenue Church of Christ in Dallas, prayed to God, “We can’t make sense of the senseless, but we come to you because we recognize the therapeutic value of praise.”