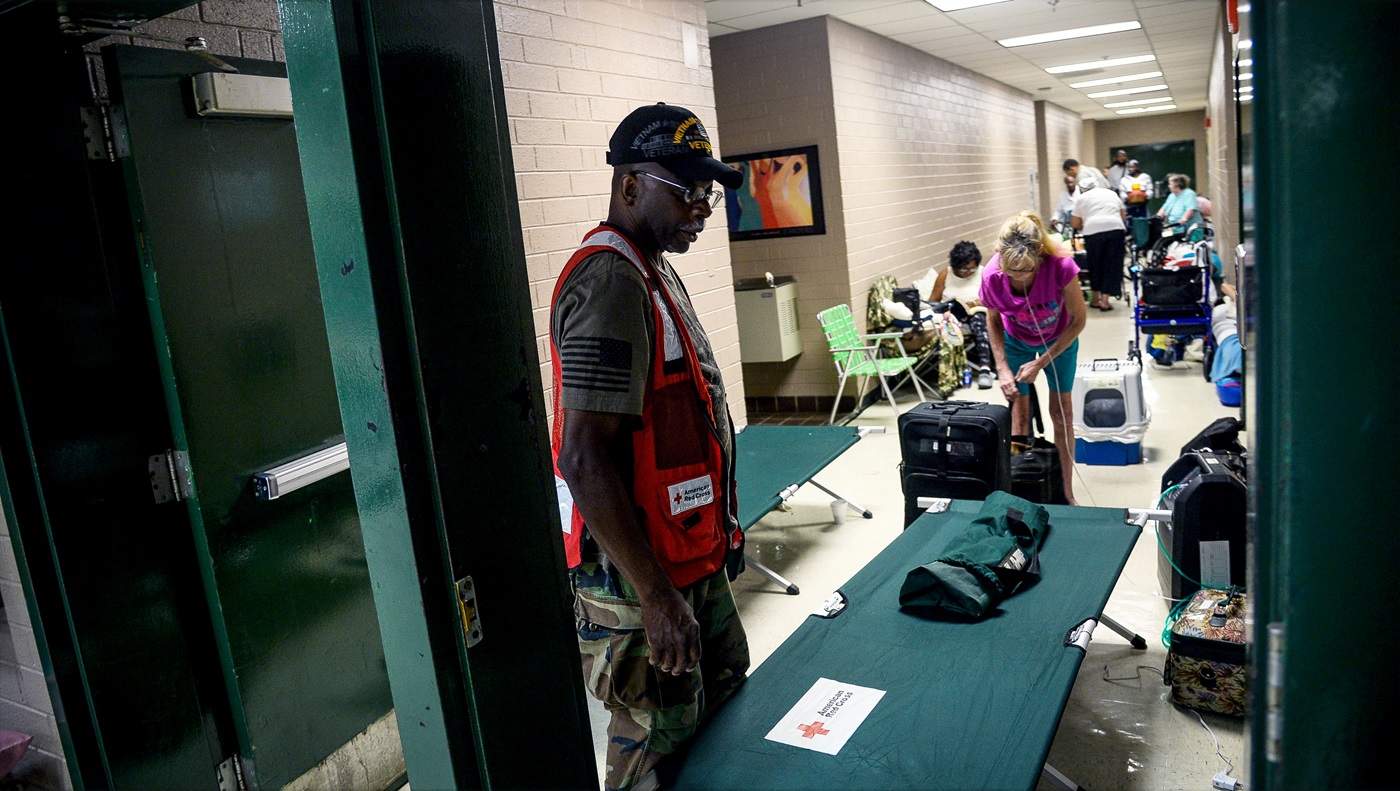 Working alongside government agencies, Christian volunteers aid hurricane victims based on what each denomination does best.

For years, Ed and Marian Stinnette have served as the hands and feet of Jesus in disaster zones, helping victims recover from devastating storms such as Hurricane Katrina in 2005.

Convoy of Hope, a Springfield, Missouri-based nondenominational Christian organization, is partnering with Port City Community Church to distribute supplies from the church’s campus in Wilmington, North Carolina. As a result of Florence’s epic deluge, that hard-hit city became an island shut off from much of the world.

The Port City church also is teaming with Samaritan’s Purse, an evangelical humanitarian aid organization headquartered in Boone, North Carolina, to help Florence victims all over the deluged state. At least 37 people in three states have died, including 27 in North Carolina, as a result of the powerful Category 4 hurricane.

“Right now, we are focused on the cleanup stage,” Todd Taylor, program manager of US disaster relief for Samaritan’s Purse, said from the charity’s New Bern command center. “That includes cutting trees, tarping roofs with blue plastic to prevent further roof damage and leaking, removing contents out of flooded homes as well as removing Sheetrock and flooring, and trying to get those homes that have been affected by flooding rebuild-ready.”

Even as President Donald Trump dispatches what the White House describes as a “massive federal response” to Florence, the so-called “faith-based FEMA” is already out in force — from Mennonite chainsaw crews to Southern Baptist feeding teams to Seventh-day Adventist warehousing experts adept at collecting, organizing, and logging relief supplies.

The coordinated response is no accident.

It’s by design — part of an umbrella group of 65 faith-based agencies and secular charities called the National Organizations Active in Disaster (National VOAD).

This story appears in the online edition of Christianity Today.

Related: Advice for churches in the path of Florence — from those who’ve been there