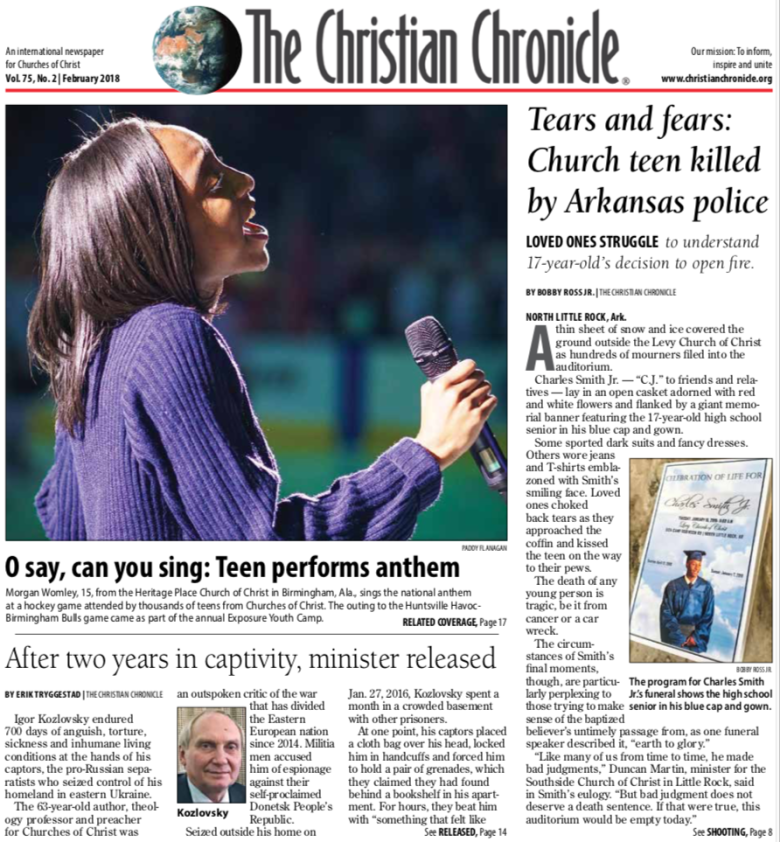 Loved ones struggle to understand why 17-year-old opened fire during traffic stop.

NORTH LITTLE ROCK, Ark. — A thin sheet of snow and ice covered the ground outside the Levy Church of Christ this week as hundreds of mourners filed into the auditorium.

Charles Smith Jr. — “C.J.” to friends and relatives — lay in an open casket adorned with red and white flowers and flanked by a giant memorial banner featuring the 17-year-old high school senior in his blue cap and gown.

Some sported dark suits and fancy dresses. Others wore jeans and T-shirts emblazoned with Smith’s smiling face. Loved ones choked back tears as they approached the coffin and kissed the teen on the way to their pews.

The death of any young person is tragic, be it from cancer or a car wreck.

The circumstances of Smith’s final moments, though, are particularly perplexing to those trying to make sense of the baptized believer’s untimely passage from, as one funeral speaker described it, “earth to glory.”

“Like many of us from time to time, he made bad judgments,” Duncan Martin, minister for the Southside Church of Christ in Little Rock, said in Smith’s eulogy. “But bad judgment does not deserve a death sentence. If that were true, this auditorium would be empty today.”

First published online, this story appears in the February 2018 print edition of The Christian Chronicle.