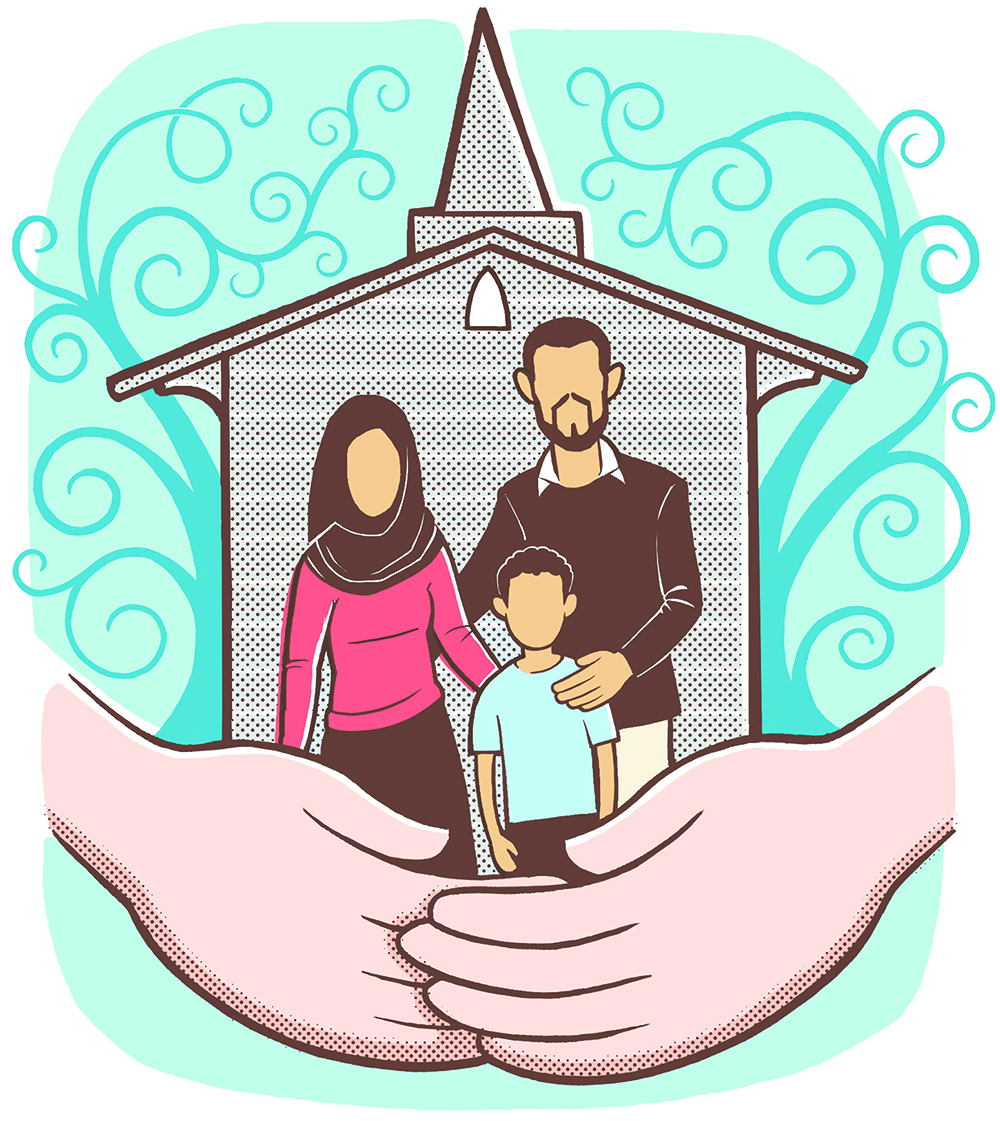 Two congregations adopt a family displaced by a civil war that has claimed half a million lives.

BEAMSVILLE, Ontario — As war ravaged their homeland, a Syrian family of eight fled for their lives.

The Muslim father, mother and six children — among 4 million Syrians who have escaped to neighboring countries — ended up in a refugee camp in Lebanon.

There, they lived in a barn for four years.

Conditions became so dire that the family —including a daughter with cerebral palsy — contemplated returning home, despite the 5-year-old civil war that has claimed an estimated 470,000 lives.

“Inhumane” is the single word that an Arabic interpreter used to translate the Syrians’ lengthy description of the camp.

Enter two Churches of Christ south of Toronto — their hearts touched by the plight of strangers abroad and resolved to show the love of Jesus to a suffering family.

“When I saw the images on TV, I thought, ‘Where would we go? Who would accept us?’” said Linda Minter, a member of the Tintern Church of Christ in Vineland, Ontario, which joined with the nearby Beamsville Church of Christ to sponsor the family’s resettlement to Canada.

Fast-forward to a recent Sunday night: A “meet and greet” event brought together the Syrian refugees — the mother and daughters wearing traditional Muslim hijabs — and their Christian supporters.

Church members prepared Syrian dishes such as baklava and showered the family with gifts that included handmade quilts.

This story appears in the May 2016 edition of The Christian Chronicle.