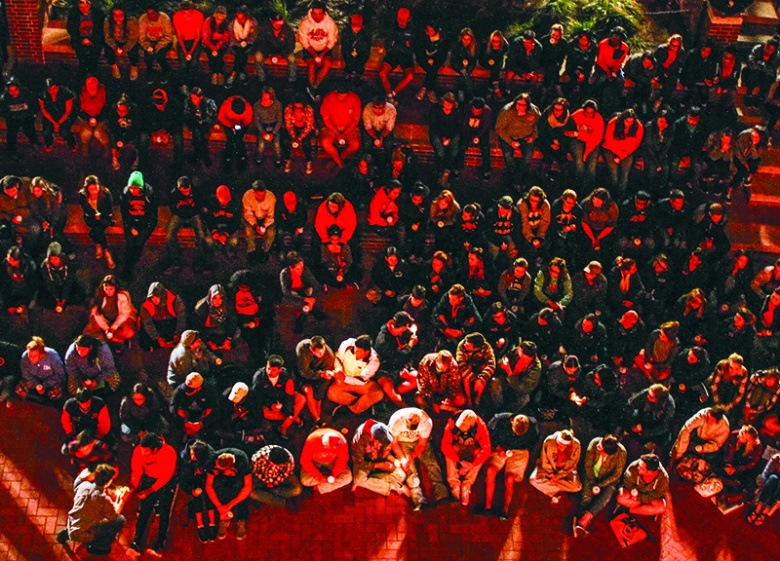 STILLWATER, Okla. — Campus minister Matt Mills heard the sirens, but he had no idea of the extent of the tragedy.

As Mills prepared for the party after Oklahoma State’s homecoming parade Oct. 24, friends and family began texting and calling.

Are you OK?” they wanted to know.

A woman had crashed her car into a crowd assembled to watch the parade, killing four people and injuring more than 45. The disaster occurred just four blocks from the UC at OK State, a ministry of the Stillwater Church of Christ.

As Mills grasped the news, four of his own students showed up. The two male and two female students had witnessed the crash up close. They were physically fine but emotionally shaken.

“The car went right in front of us probably about 5 feet or so,” said senior Ryan Watson, who grew up in the Draketown Church of Christ in Huntsville, Ark. “We heard the impact … and screams.”

Immediately, Mills and women’s minister Elyse Tharp formed a prayer circle with Watson, his three friends and a few other students.

“We talked and prayed for an hour,” said Mills, whose contribution to helping the campus of 26,000 students heal was just beginning.

This story appears in the December 2015 print edition of The Christian Chronicle.