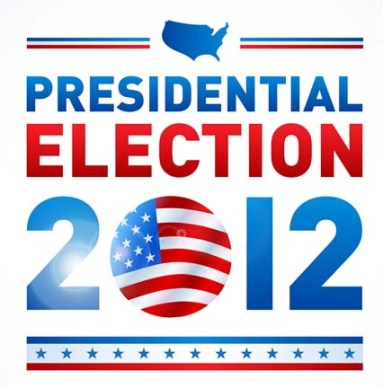 Matt Curry, a former colleague of mine with The Associated Press in Dallas and now a Presbyterian pastor, tweeted last night:

Sick of this election but will miss my former profession tomorrow — election night is BEST time to be in a newsroom. And there's pizza.

“What he said,” I immediately replied.

For the first time in many years, I’ll enjoy a presidential election night from the cheap seats — my couch at home — rather than inside a frenzied newsroom or at a campaign watch party.

Twenty years ago, I wrote the local angle story on Bill Clinton’s election for The Edmond Sun, the afternoon Oklahoma daily where I worked for a year and a half. The banner headline on the front page on Nov. 4, 1992: “Bush Wins America, But Loses Edmond.” I still chuckle as I recall George Nigh, the popular former two-term Oklahoma governor, singing to me over the phone after his close friend’s victory:

George Nigh couldn’t be happier.

Larry Stein could be a whole lot happier.

Pat Briley is not as happy as he would like to be, but not as sad as he could be.

“Happy times are here again,” Nigh sang jokingly this morning, relishing the election of not only a Democrat, but a close friend, as president.

Nigh, as a former Oklahoma governor, developed many relationships with other states’ top leaders.

However, the newly inaugurated University of Central Oklahoma president formed a special bond with Arkansas Gov. — make that President-elect — Clinton.

Eight years ago, I covered George W. Bush’s final rally of the 2004 campaign in Dallas:

DALLAS — As Monday faded into Election Day, the bitter divide over the presidential race was evident outside President Bush’s late-night rally at Southern Methodist University.

“We want to welcome Bush home and tell him to make himself comfortable because we’re sending John Kerry to Washington,” said Dallas resident Heidi Wanken, mother of a 2-year-old girl and founder of the organization Moms for Kerry.

Bush fans sporting red, white and blue “W’s” and an assortment of “Bush-Cheney” signs had a different message for the president: “Four More Years!”

Police standing in the street kept the two sides from exchanging more than words.

Four years ago, in the reddest of the red states, AP dispatched me (working as a freelancer) to the Oklahoma Democratic Party’s watch party for Barack Obama. This was my small contribution to the 2008 Oklahoma election roundup:

After Obama’s national victory was announced, Democrats who gathered at an election watch party in Oklahoma City danced and waved political signs.

“This is the most electrifying moment in Oklahoma and U.S. state history,” said Kitti Asbery, vice chairman of the state Democratic party.

Tonight, like my friend Matt, I’m sure I’ll miss the journalistic adrenaline rush of election night just a little bit. And the pizza, too.