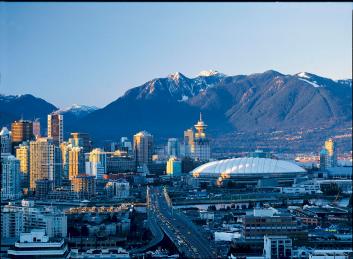 VANCOUVER, British Columbia – For two weeks, the world’s spotlight will shine on this coastal metropolis as athletes from more than 80 nations compete in the 2010 Winter Olympics.

Long after the Games end in late February, however, the Pacific Northwest city will retain its international flavor, as leaders of Churches of Christ can attest.

Roughly half the 2.1 million residents of Vancouver and surrounding communities were born outside of Canada and speak a native language other than English.

“It’s like the United Nations,” elder John Clelland said of the multicultural crowd of 150 that worships each Sunday morning at the South Burnaby Church of Christ, east of Vancouver.

Growing up, Belisha Duan accompanied her mother to a Buddhist temple. As an adult, the Chinese immigrant claimed no religious affiliation.

But when a friend invited her to visit the South Burnaby church, she accepted.

Her lifetime of love, faith and devotion (reporting from Huntingdon, Tenn.). Inside Story.