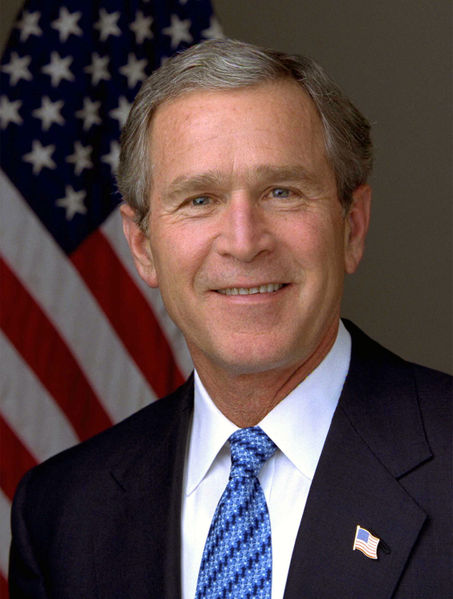 In town to fatten his campaign war chest, President Bush stopped at a Dallas YMCA on Friday to call attention to a different kind of fitness.

An avid runner who credits exercise with helping him quit drinking more than 15 years ago, Bush urged Americans to adopt healthier lifestyles as he greeted children at the Lakewest Family YMCA in his former hometown.

The president challenged Americans to exercise at least 30 minutes a day and to consume less grease and eat more fruit and vegetables.

“It’s a health care plan that says if you exercise and eat healthy food you will live longer,” said Bush, who spoke flanked by about 30 children and below a red, white and blue sign that read “Healthy US.”

After arriving in a presidential helicopter, Bush toured the 2-year-old Lakewest Family YMCA. The facility, in the shadow of west Dallas public housing, serves mostly poor, minority children and houses storefronts for the Dallas Police Department and a medical clinic. It’s also home to a Head Start program.

“We were pleased to see little youngsters doing jumping jacks, with enthusiasm I might add,” Bush said.

Eighteen-year-old Dennis Roberson, winner of Lakewest’s youth volunteer of the year award, was chosen to greet Bush and tell him about what the YMCA has to offer.

Joined by members of the President’s Council on Physical Fitness and Sports, Bush touted health and wellness programs like those offered by the nation’s 2,540 YMCAs, which serve nearly 19 million Americans.

“I know it’s probably difficult for people in Dallas to give a former Pittsburgh Steeler a standing ovation,” he joked.

About 9 million young Americans, or about 15 percent of all children, are overweight, according to the National Centers for Disease Control and Prevention. That makes those youths far more likely to develop a host of serious health problems, such as diabetes and heart disease, medical experts say.

Obesity in America cost the nation an estimated $117 billion in medical bills in 2000, according to the U.S. Department of Health and Human Services. Bush said the nation’s number of obese children has doubled since 1980.

“That is a problem and this nation must do something about it for the sake of our future,” Bush said.

Kenneth L. Gladish, YMCA of the USA’s national executive director, praised the president for calling attention to the issue.

“At the YMCA, a full life means having an essential balance of a healthy spirit, mind and body requiring more than just exercise but also learning, adopting and sustaining healthy habits for the rest of one’s life,” Gladish said in a statement.

“We need to find ways to keep kids and families interested in getting physically active,” Health and Human Services Secretary Tommy G. Thompson said in a statement. “By allowing people to chart success and receive awards, we are taking steps to build a healthier U.S.”

Odyssey Ellis, 6, also endorsed Bush’s call for exercise. Odyssey, whom Bush hoisted during his visit, said she enjoys playing “Count down,” a game that involves running in place.

Nine-year-old Stephen Raveneau, who likes picking up cherries, another exercise game, got to shake Bush’s hand. “He has a firm grip,” Stephen said, nodding when asked if that might be attributable to Bush’s exercise routine.

After the YMCA event, Bush was headed to the Wyndham Anatole Hotel to hold a $2,000-per-person re-election campaign fund-raising reception.

A few hundred protesters, some chanting “Bush lies,” lined the street outside the hotel Friday evening as limousines arrived for the fund-raiser.

The rally, organized by the Dallas peace center, featured handwritten signs such as “Regime Change Begins at Home,” “Bush, Weapons of Mass Deception” and “Impeach the Son of a Bush.”

Inside the hotel, Bush traded his casual short-sleeved shirt for a dark suit and tie.

“We love Texas. We love our friends,” Bush, joined by wife Laura, told the crowd of at least 900 supporters that included Gov. Rick Perry and other top state Republicans. “We want to thank our friends for helping us.”